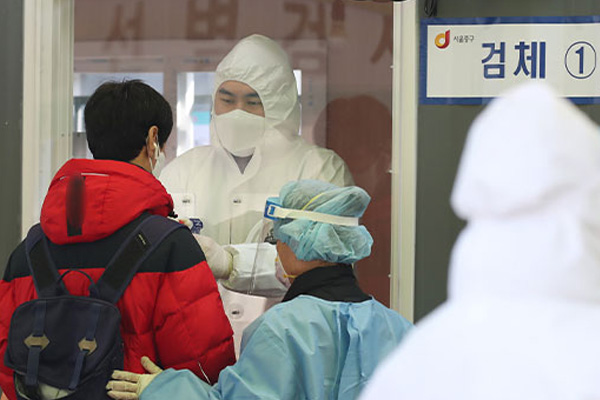 The Korea Disease Control and Prevention Agency(KDCA) said Monday that the new cases raised the country's accumulated caseload to 92-thousand-817.

The daily figure dropped by 70 from the previous day, apparently due to less testing over the weekend. Virus concerns remain high as the number of daily increases has stayed in the 300s and 400s for over two weeks.

Of the new cases detected throughout Sunday, 335 were local transmissions and eleven were imported.

More than 70 percent of the local cases came from the greater metro area, with 97 in Seoul, 128 in Gyeonggi Province and 15 in Incheon. Other parts of the nation added 95 cases.