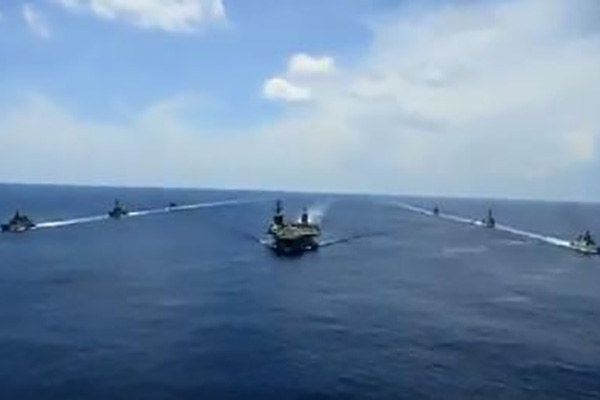 A recent opinion piece in a U.S. media outlet suggests that the Moon Jae-in government is considering joining the Quad-Plus, a strategic consultation framework initiated by the U.S., Australia, Japan and India.

The column was published in The Hill on Monday and co-written by Hwang Ji-hwan, a professor at the University of Seoul and a member of the presidential commission on policy planning, and Ramon Pacheco Pardo, an associate professor at King's College, London.

Hwang and Pardo suggest that the reason behind joining the Quad-Plus could be to show Seoul’s commitment to the U.S.-South Korea alliance and to indirectly influence the Joe Biden administration’s North Korea policies.

The column said South Korea had no incentive to join an “anti-China” network during the previous Donald Trump administration, though Biden’s shift towards a group of like-minded countries is more in tune with the Moon government.

The writers added that Moon could see membership as a means to further strengthen ties with the U.S. and gain support for its foreign policy goals.
Share
Print
List