Prime Minister: S. Korea Feared to Be at Start of Possible 4th Wave in COVID-19 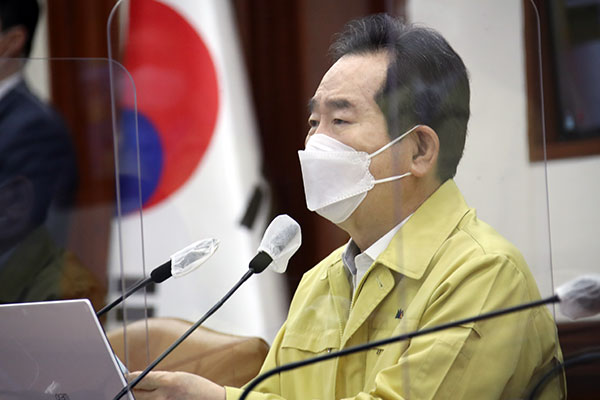 Prime Minister Chung Sye-kyun has expressed concerns that the nation could be at the start of a possible fourth big wave of COVID-19 infections.

The prime minister said on Friday in a government meeting that the nation is in a very precarious situation in its battle against the epidemic.

Chung noted that daily cases stayed in the 500s for the third consecutive day amid continued outbreaks in the capital region as well as other parts of the country.

He said that the nation witnessed the number of daily infections double from the 500 range in just five days when the third wave peaked late last year, stressing that South Korea cannot repeat the experience.

The prime minister called for the public to be more vigilant about quarantine rules ahead of Easter weekend.
Share
Print
List