'S. Korea among 3 Advanced Economies to Return to Pre-Pandemic Level in 2021' 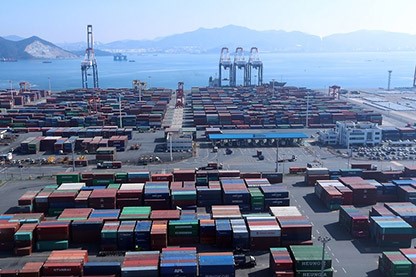 South Korea is among three advanced economies in the world projected to recover to pre-COVID-19 levels within this year.

That is according to Finance Minister Hong Nam-ki, who during an emergency economic meeting on Wednesday discussed an outlook report announced by the International Monetary Fund(IMF) the previous day.

Hong said the global agency selected eight economies estimated to return to the pre-pandemic levels this year, including three advanced countries, one of which is South Korea.

If 100 points is marked as the pre-virus level for each economy, the IMF projected South Korea to recover to 102-point-six points, slightly behind the United States which was expected to grow to 102-point-seven. Australia trailed the two at 102 points.

Hong said the IMF projection affirms the South Korean economy is among a group of countries showing the strongest and quickest recovery from the pandemic.

In its latest Global Economic Outlook, meanwhile, the IMF raised its growth outlook for the global economy this year to six percent while also raising that for South Korea to three-point-six percent.
Share
Print
List