White House: US Ready to Consider Some Form of Diplomacy with N. Korea 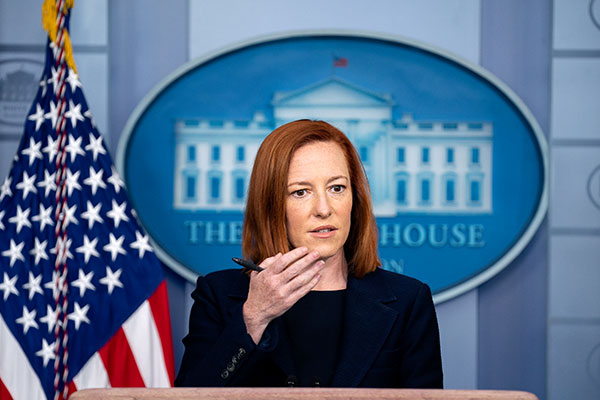 The White House said the United States is prepared to consider some form of diplomacy with North Korea if such efforts lead to the denuclearization of the regime.

White House Press Secretary Jen Psaki relayed the stance in a media briefing on Wednesday while answering a question on the possibility of additional provocations from the North following the recent ballistic missile launches.

Psaki said the denuclearization of the Korean Peninsula is a clear objective for the U.S. and to that end Washington is continuously enforcing sanctions and consulting with its allies and partners.

She said the U.S. is also prepared to consider “some form of diplomacy if it’s going to lead us down the path toward denuclearization.”

Her remarks came as the Joe Biden administration is finalizing its review of U.S. policies on the North.

Meanwhile, Psaki declined to comment in detail on recent U.S. think tank reports on suspicions that the North may be preparing to test a submarine-launched ballistic missile at Sinpo shipyard.
Share
Print
List