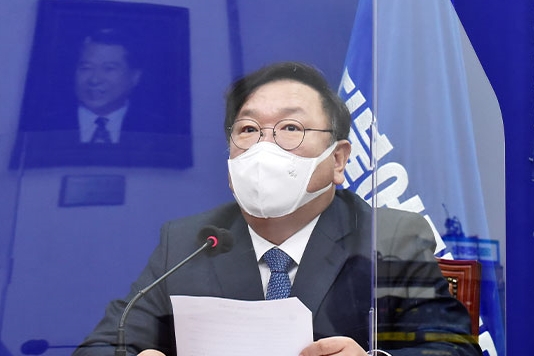 The leadership of the ruling Democratic Party(DP) has resigned to take responsibility for the party's crippling loss in Wednesday's by-elections.

The party’s acting chair and floor leader, Kim Tae-nyeon, said in a press conference at the National Assembly on Thursday that the party will humbly accept the people’s sentiment revealed through the by-elections and will take responsibility for the election results.

With Kim stepping down, the DP plans to elect its new floor leader next Friday instead of in mid-May as initially scheduled.

The party will also move up the date for a party convention set for May 9 to May 2 to elect its new leader and Supreme Council members.

Until the new floor leader is elected next week, the DP will operate through an emergency committee.
Share
Print
List