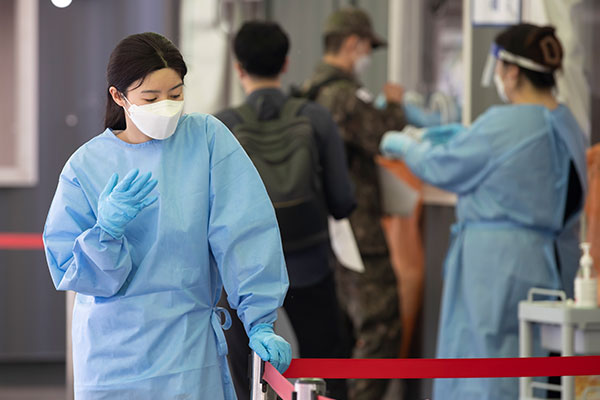 The Korea Disease Control and Prevention Agency(KDCA) said on Friday that 797 new infections were detected throughout the previous day to raise the country's accumulated caseload to 117-thousand-458.

The daily figure remains in the 700s for the third consecutive day and marks the largest number since January 7 when it posted 869.

Untraceable cases accounted for 29 percent of all cases reported in the past two weeks, the highest ever. Of the new cases detected throughout Thursday, 758 are local transmissions while 39 are imported.

More than 65 percent of the domestic cases came from the greater metro area, with 198 in Seoul, 290 in Gyeonggi Province and ten in Incheon. Other parts of the nation added 260 cases.

Three more deaths have been reported, bringing the death toll to one-thousand-811. The fatality rate stands at one-point-54 percent. The number of critically ill patients rose by two to 127.
Share
Print
List