Daily Cases Fall Below 500 as Fewer People Tested during Weekend 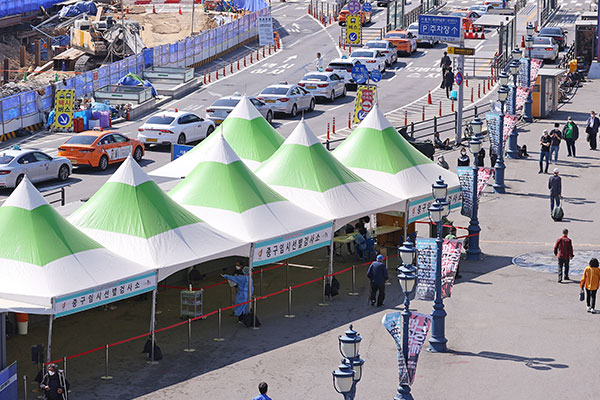 Daily COVID-19 cases fell below 500 for the first time in a week on Sunday largely as fewer people were tested during the weekend.

The Korea Disease Control and Prevention Agency(KDCA) said on Monday that 488 people were newly infected the previous day, raising the accumulated total to 123-thousand-728.

About 57 percent of the 465 domestic cases were from the capital area, including 123 in Seoul, 129 in Gyeonggi Province and 14 in Incheon.

One more death was reported, bringing the death toll to one-thousand-834. The fatality rate stands at one-point-48 percent. The number of critically ill patients fell by six to 164.
Share
Print
List