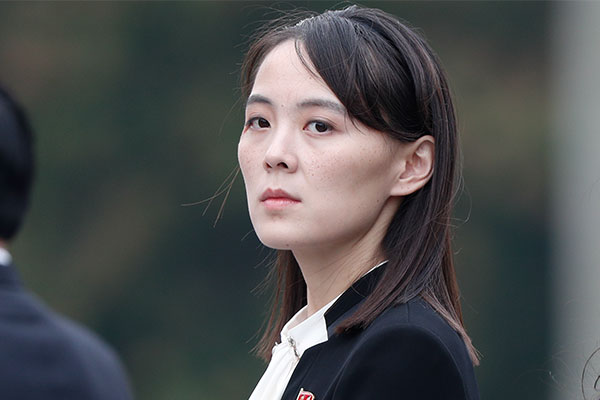 North Korea issued three statements condemning the U.S. and South Korea on Sunday, one day after the U.S. said it completed a months-long review of its North Korea policy.

A director-general official of the North's Foreign Ministry blasted Washington for pursuing what it called an obsolete hostile policy toward the North, citing that U.S. President Joe Biden called the country a serious threat and vowed to address such a threat through “diplomacy and stern deterrence.”

In a separate statement, a spokesperson for the North's Foreign Ministry slammed Washington for criticizing its human rights record, saying it amounts to insulting the "dignity of the North's supreme leadership."

Meanwhile, in a statement directed at the South, the powerful sister of North Korean leader Kim Jong-un criticized South Korea for failing to stop anti-Pyongyang leaflets from being sent by a defector group. Kim Yo-jong said that defectors from the North recently scattered leaflets again, calling it an "unacceptable provocation.”

In all three statements, the North warned of "corresponding action."

North Korea issued the statements as the leaders of South Korea and the U.S. are set to hold a summit later this month.
Share
Print
List