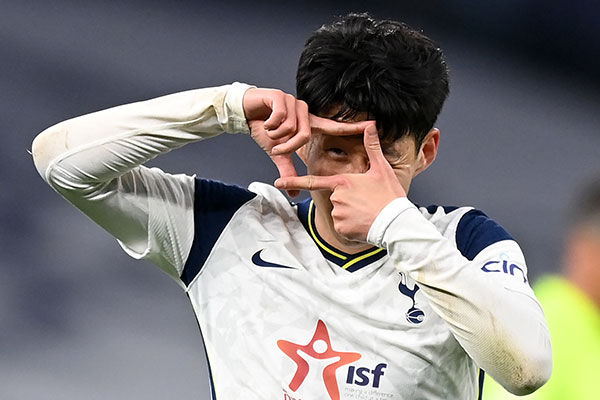 During a Premier League Round 34 match against Sheffield United on Sunday, Son assisted on a goal and scored a goal, contributing to his team’s 4-0 victory.

Sunday’s goal was Son’s 16th in a Premier League season. With the latest goal, Son now has netted a total of 21 goals this season.

Thanks to Sunday’s assist, Son recorded ten goals and ten assists this season, becoming the only Tottenham player to reach double figures in both categories for two consecutive seasons.
Share
Print
List