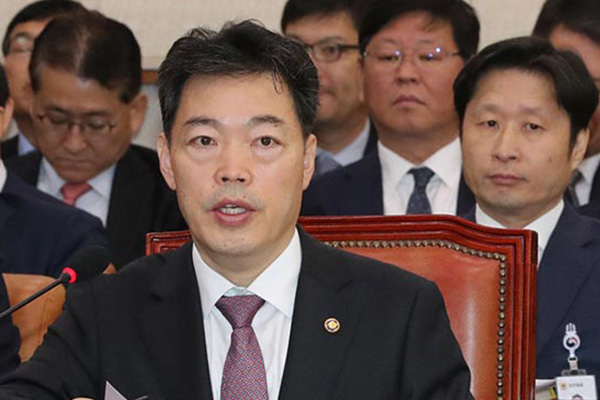 The presidential office said on Monday that President Moon approved Justice Minister Park Beom-kye’s request earlier in the day to choose Kim among the four finalists.

Kim had served as a deputy to the previous three former justice ministers under the Moon administration - Park Sang-kee, Cho Kuk and Choo Mi-ae. He was shortlisted last Thursday by a recommendation committee led by former Minister Park Sang-kee.

The other three finalists for the post were Koo Bon-seon, head of the Gwangju High Public Prosecutors’ Office, Institute of Justice President Bae Seong-beom and Acting Prosecutor General Cho Nam-kwan.

Presidential spokesperson Park Kyung-mee noted Kim’s wealth of experience throughout his career at the prosecution, saying he handled major cases with law and principle. She said she looked forward to seeing Kim bring stability to the prosecution, while realizing prosecution reform, calling it a mandate of the era.