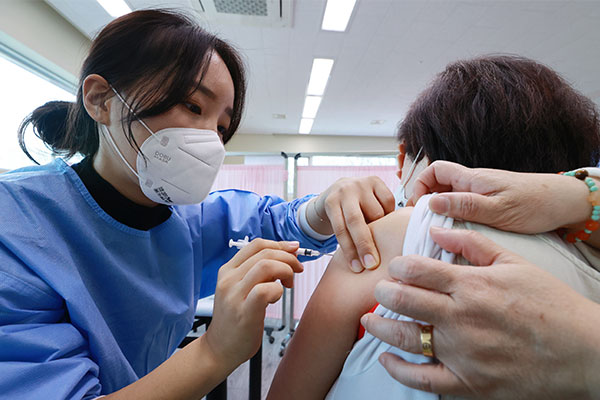 South Korea plans to vaccinate general citizens aged 65 to 74 against COVID-19 beginning from late this month.

During a special virus response meeting at the presidential office on Monday, the Korea Disease Control and Prevention Agency(KDCA) announced a vaccination plan for May and June.

Under the plan, some four-point-94 million people aged 65 to 74 will receive their first AstraZeneca shots between May 27 and June 6.

Around eight-point-95 million other elderly citizens, who are aged 60 to 74, will be queued for their AstraZeneca shots beginning June 7.

The government had initially drafted an inoculation plan for those aged 65 to 74 for this and next month, but decided to include those aged 60 to 64, numbering around four million, to help lower the risk of infections among the age groups that are relatively more vulnerable to the virus.

The government also decided to administer Pfizer vaccines to those younger than 30 if they are considered to be part of the essential workforce, such as police and firefighters, as well as soldiers. The country has been withholding administering AstraZeneca vaccine to those under 30 out of concerns over rare cases of blood clots.