S. Koreans Board Flight Home amid COVID-19 Crisis in India 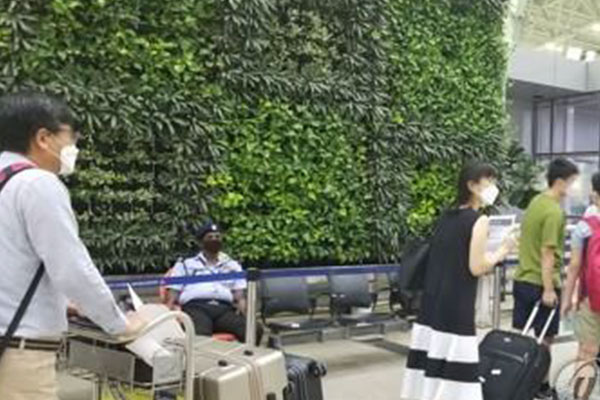 A group of South Koreans staying in India, including businesspeople and students, boarded a flight bound for South Korea on Tuesday amid a crippling spike in COVID-19 cases in the South Asian country.

According to the South Korean Consulate General in Chennai and the Korean community in the southern Indian city, a Vistara Airlines plane carrying 172 South Koreans departed Chennai International Airport at 12:30 a.m.

Another group of 211 South Koreans will also return on a chartered plane on Thursday.

Efforts are reportedly being made to arrange 10 other non-regular flights between India and South Korea later this month to help more South Koreans return as hundreds of thousands of new cases every day are showing signs of paralyzing the Indian healthcare system.