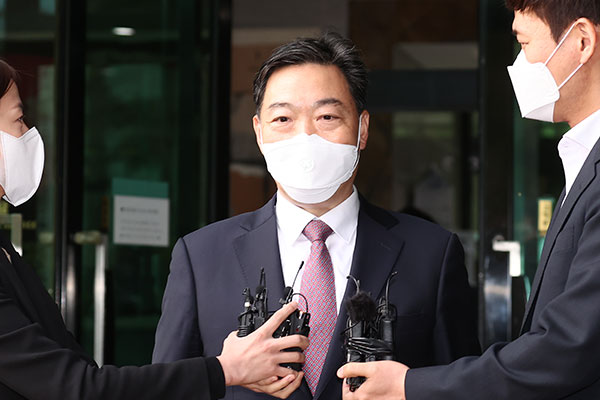 Prosecutor General nominee Kim Oh-soo said stability of the prosecution will likely be among his top priorities as chief prosecutor.

In a meeting with reporters on Tuesday, the former vice justice minister said if he is appointed prosecutor general, stabilizing the organization will be on top of his agenda, adding he feels a heavy sense of responsibility.

Kim said he will work with other members of the prosecution so the legal enforcement agency will achieve fairness, earn public trust and focus on the public’s livelihoods.

President Moon Jae-in nominated Kim on Monday after he was among four finalists named by Justice Minister Park Beom-kye. The National Assembly will hold a confirmation hearing for Kim, who is likely to be the last prosecutor general under Moon with less than a year left in his presidential term.

The prosecutor general post has been vacant for two months since Yoon Seok-youl resigned after months of public conflict with former Justice Minister Choo Mi-ae over prosecution reforms.