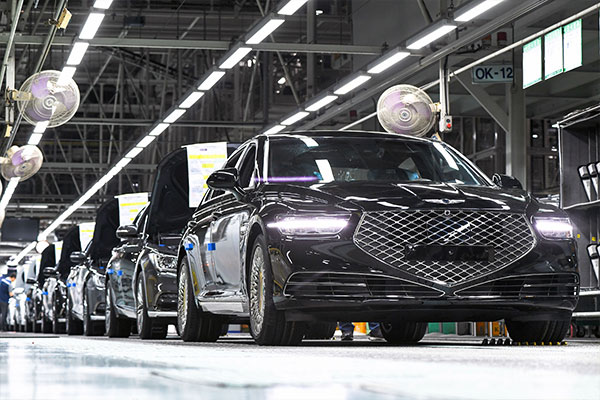 According to the companies on Tuesday, Hyundai and Kia sold a total of 150-thousand-994 units in the U.S. in April, up 127-point-one percent from a year earlier.

It is the first time that the automakers' monthly sales surpassed 150-thousand units in the U.S. April was also the second consecutive month that the companies set a new monthly sales record.

Sales more than doubled on the back of a rise demand for the companies' SUV models. ​Hyundai and Kia each posted a 137-percent on-year jump in demand for their SUV lineups.

From January to April, the carmakers posted a 42-percent on-year jump in sales at 474-thousand-380 units.
Share
Print
List