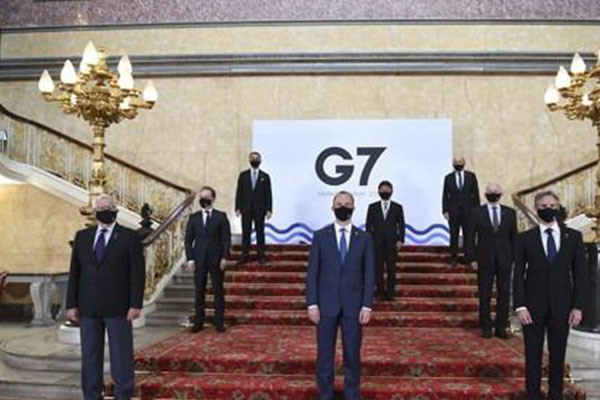 The Group of Seven(G7) nations used the term “complete, verifiable and irreversible abandonment,” or CVIA, with regard to North Korea’s nuclear program in a joint statement issued on Wednesday.

In the statement issued after the G7 Foreign and Development Ministers' Meeting in London, participants expressed grave concerns about the North’s human rights violations and abuses. It then called on Pyongyang to refrain from provocative actions and to engage in a diplomatic process with the explicit goal of denuclearization.

The participants said they remain committed to the goal of CVIA of all of the North’s unlawful weapons of mass destruction and ballistic missile programs in accordance with relevant UN Security Council resolutions.

Many had initially speculated that the joint statement would use the term the “complete, verifiable and irreversible dismantlement,” or CVID, in regard to the North’s nuclear and missile programs. This was after Japan’s Foreign Minister Toshimitsu Motegi said earlier on Monday that the G7 foreign ministers had agreed on the need to stay committed to the goal.

While “dismantlement” and “abandonment” are similar in meaning, the joint statement apparently opted to refrain from using the term “CVID,” which the North rejects.
Share
Print
List