Biden: US will Send 20 Million More Vaccine Doses to Other Countries 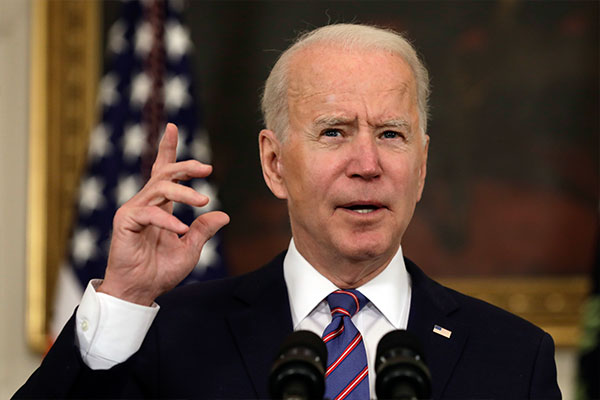 U.S. President Joe Biden said on Monday that the United States will ship 20 million more COVID-19 vaccine doses to other countries by the end of next month.

Biden said in a brief speech at the White House that his country will send an additional 20 million doses of vaccines that have been approved for use in the United States, which means the U.S. will send 80 million doses total overseas over the next six weeks.

The 20 million doses are expected to be from Pfizer, Moderna and Johnson & Johnson.

Biden previously agreed to share up to 60 million doses of AstraZeneca's vaccine, which has not been authorized for emergency use in the U.S by the Food and Drug Administration.

Biden said that just as America was the arsenal of democracy in World War Two, in the battle against the COVID-19 pandemic the U.S. will be the arsenal of vaccines for the rest of the world.

He added that the U.S. will not use its vaccines to secure favors from other countries.
Share
Print
List