Defense Ministry: No Complaints from China on End of S. Korea-US Missile Guidelines 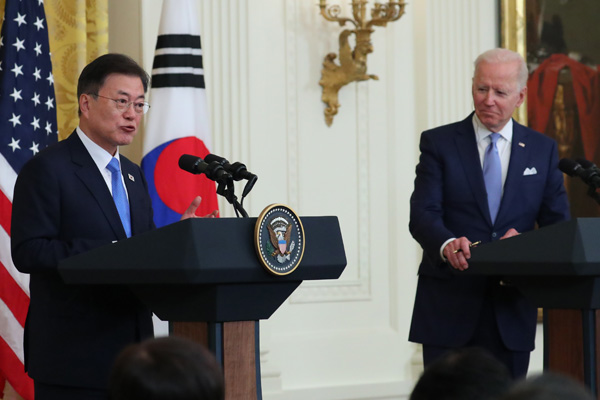 The South Korean military said China has not raised any complaints about a recent agreement between South Korea and the United States to lift restrictions on Seoul's missile development.

Defense Ministry spokesperson Boo Seung-chan confirmed this at Monday's press briefing, where he added that the decision was not based on how it would impact neighboring countries.

Following the South Korea-U.S. summit last Friday, the allies decided to scrap the bilateral guidelines that ban Seoul from developing or possessing missiles with a maximum range exceeding 800 kilometers.

This will allow South Korea to secure longer-range missiles that can fly beyond the Korean Peninsula and is also widely seen as part of U.S. strategy to counter China.

The spokesperson said the termination reflects how the Joe Biden administration lays importance on the alliance, as well as trusts Seoul for its national capacity, status and as a model nation for global nonproliferation.
Share
Print
List