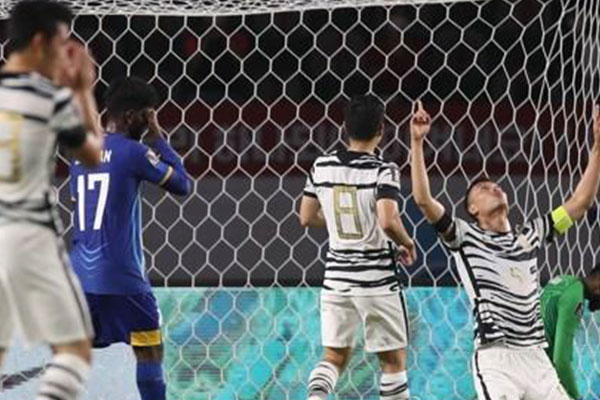 With the landslide win, South Korea remained at the top of Group H.

Forward Kim Shin-wook scored the game opener after 15 minutes and Lee Dong-gyeong scored another. Team Korea scored three in the first half, with Kim's penalty.

In the second half, Hwang Hee-chan and Jeong Sang-bin had a goal apiece, sealing the victory.

With the win, South Korea secured 13 points from four wins and a draw, retaining the top spot in Group H. The nation has effectively locked down the spot and a berth to the next round.