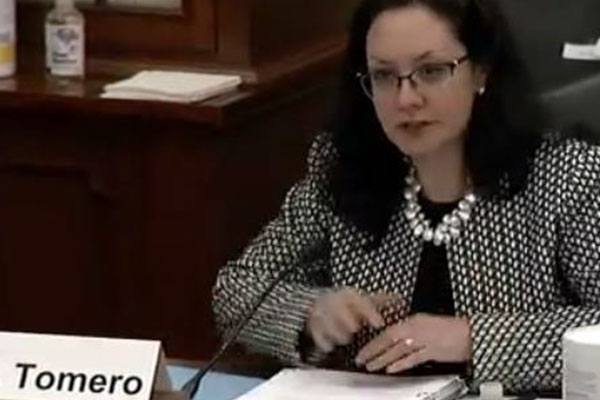 A senior U.S. defense official said it is a priority for the Biden administration to closely cooperate with allies and partners and enhance collective security to counter advancing missile capabilities of potential adversaries.

Leonor Tomero, deputy assistant secretary of defense for nuclear and missile defense policy, issued the position in her testimony and written statement for a subcommittee hearing of the Armed Forces Committee on Wednesday.

The deputy assistant secretary said that enhancing collective missile defense efforts in cooperation with allies and partners in Europe, the Middle East and the Indo-Pacific is one of the areas on which the Pentagon is focusing.

Tomero said that North Korea continues development and deployment of intercontinental ballistic missiles and submarine-launched ballistic missiles, adding the North will continue to advance its capabilities to pose a greater threat to South Korea, the U.S. and Japan.
Share
Print
List