Moon to Hold Bilateral Talks with Leaders of Britain, Australia, EU at G7 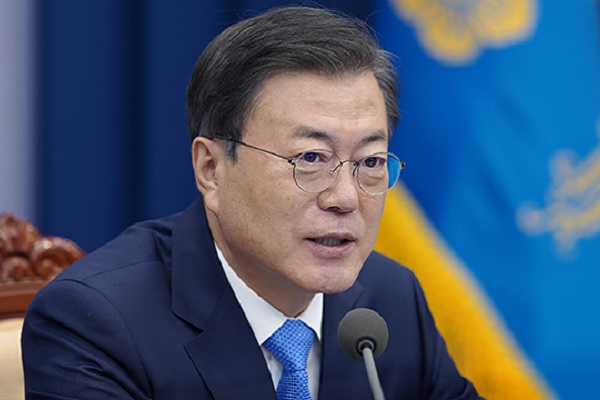 President Moon Jae-in will hold bilateral talks with the leaders of Britain, Australia and the European Union(EU) on the sidelines of the Group of Seven(G7) summit slated for Friday to Sunday in Cornwall, U.K.

The presidential office announced the additional itinerary on Thursday.

A senior official at the top office, however, said no talks were under way to arrange separate meetings with the leaders of the U.S. or Japan.

Moon will embark on a weeklong tour of Europe this week to attend the G7 summit on invitation from host country Britain and to make state visits to Austria and Spain.

From Sunday to Tuesday, the president will make a state visit to Austria, for talks with President Alexander Van der Bellen and Chancellor Sebastian Kurz.

On a state visit to Spain from Tuesday to Thursday, Moon will attend dinner hosted by King Felipe the Sixth and meet with Prime Minister Pedro Sánchez to discuss overcoming COVID-19 and expanding bilateral cooperation.
Share
Print
List