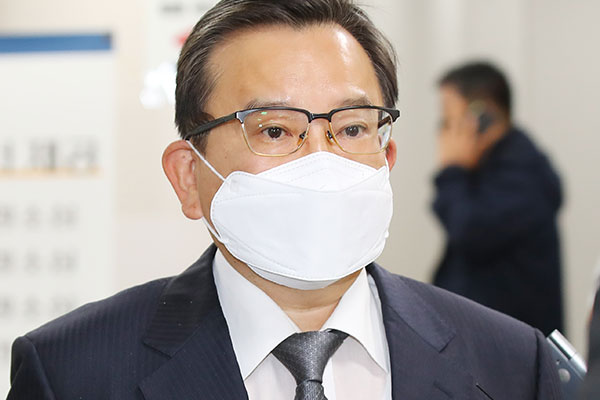 South Korea's top court on Thursday sent the bribery case of former Vice Justice Minister Kim Hak-ui back to a lower court for retrial, casting doubt over the reliability of testimony used against him.

Remanding the two-and-a-half-year prison term ordered by an appellate court last October, the Supreme Court also allowed Kim to be released on bail.

The top court said it cannot rule out the possibility that a key witness could have changed his testimony, that led to the conviction, because of appeasement or pressure from authorities. It added that prosecutors must prove otherwise through documents on their questioning and investigation.

The witness, a businessman identified by his surname Choi, initially denied bribing Kim but changed his statement after a session with investigators.

In October, the appeals court reversed a previous not guilty verdict and sent Kim to prison for taking about 43 million won in bribes from Choi between 2003 and 2011.

Kim, however, was acquitted of taking 130 million won in bribes and escort services from a construction contractor named Yoon Jung-cheon between 2006 and 2008.
Share
Print
List