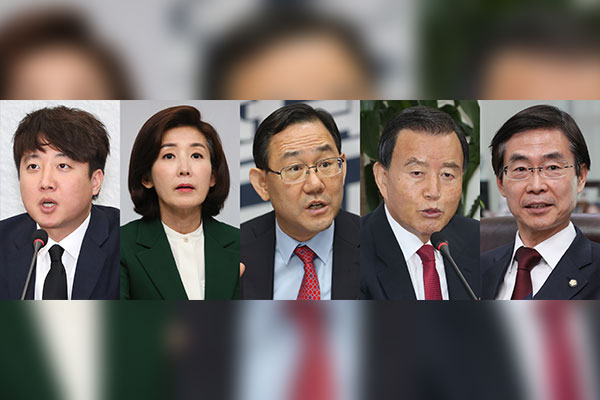 Cho Kyoung-tae and Hong Moon-pyo proposed having the country's anti-corruption watchdog review possible speculation by PPP representatives as the ruling party did, instead of requesting the state auditor as done so by the current leadership.

Hong, however, suggested that those close to President Moon Jae-in, Cabinet members and other senior government officials also be reviewed.

This comes after the anti-corruption watchdog recently announced the outcome of its review of the ruling Democratic Party(DP), where it suspected 12 lawmakers and/or their families to have engaged in illegal real estate transactions.

Other candidates like Joo Ho-young, Na Kyung-won and Lee Jun-seok proposed forming a special panel of outside experts to conduct the review.

After voting by party members and a public survey, the PPP is expected to announce its new leader at a party convention on Friday.
Share
Print
List