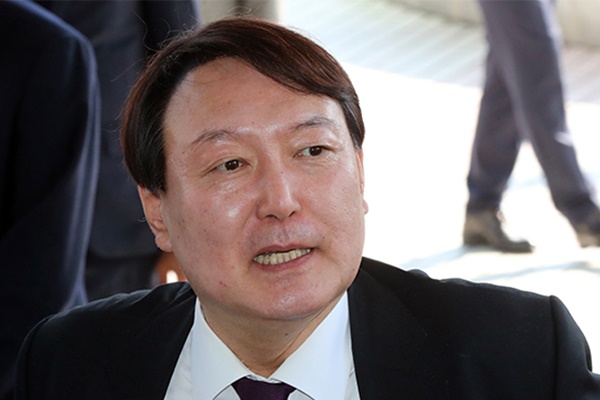 Public support for former Prosecutor General and leading presidential hopeful Yoon Seok-youl has hit a record high of over 35 percent.

A Realmeter survey on two-thousand-13 adults nationwide released on Thursday showed 35-point-one percent of the polled preferred Yoon to other potential presidential runners.

The latest survey was conducted on Monday and Tuesday, before Yoon hinted at his political ambitions on Wednesday, telling reporters that he will decide on whether to run for president when the time comes.

The survey found that Yoon was ahead of both DP candidates in a two-way hypothetical race with 51-point-two percent of support as opposed to Gyeonggi Governor Lee's 33-point-seven percent, and 52-point-four percent against former DP Chair Lee's 30 percent.

The survey was commissioned by online news website OhMyNews and had a confidence level of 95 percent with a margin of error of two-point-two percentage points.
Share
Print
List