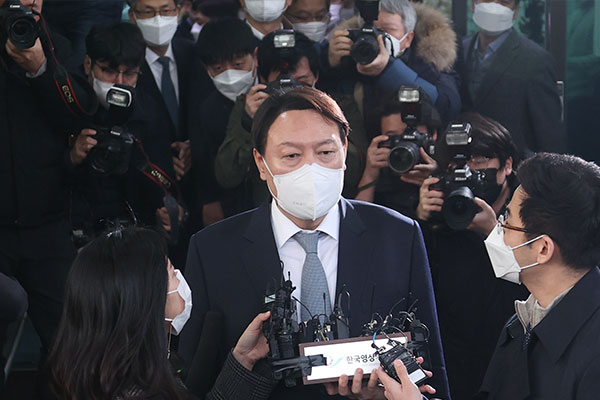 Rival political parties have shown mixed reactions to a probe by by the Corruption Investigation Office for High-ranking Officials(CIO) into allegations of abuse of authority by former Prosecutor General Yoon Seok-youl .

Main opposition People Power Party(PPP) on Thursday criticized the investigation, raising suspicions over the agency's alleged connection with the government, pointing to the ruling bloc's efforts to create the anti-corruption agency.

PPP Spokesperson Bae June-young also argued all charges directed at Yoon were judged deemed inadequate by a majority of legal experts, saying the fate of those branded as anti-government figures may be at the mercy of complaints filed by little known pro-government groups.

The CIO was known earlier in the day to have launched investigations on allegations against Yoon after receiving criminal complaints by a civic group, including why charges were dropped against the hedge fund Optimus Asset Management when he was the head of the Seoul Central District Prosecutors' Office.

Ruling Democratic Party, on the other hand, stressed that the complaint was filed by a civic group and that the CIO will make an independent judgment on its own, but it added it expects a fair and thorough investigation.
Share
Print
List