Moon to Depart for Britain for G7 Summit, State Visits to Austria, Spain 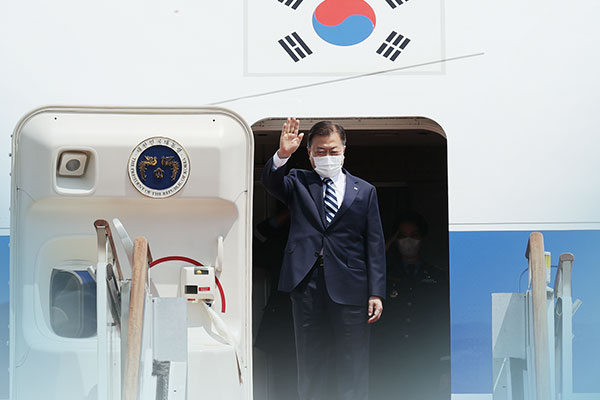 President Moon Jae-in will embark on a European tour on Friday to attend the Group of Seven(G7) summit followed by state visits to Austria and Spain.

The president will depart for Britain to take part in the G7 summit, which takes place from Friday to Sunday in Cornwall. Though South Korea is not a member of the G7, Moon was invited as a guest along with the leaders of India, Australia and South Africa.

Moon will hold separate bilateral talks with the leaders of Britain, Australia and the European Union on the sidelines of the G7 summit.

The presidential office said that a formal bilateral meeting with Japanese Prime Minister Yoshihide Suga or three-way talks with Japan and the U.S. are not scheduled, but did not rule out the possibility of informal talks at the in-person, multi-day gathering.

Following the G7 summit, Moon will fly to Vienna on Sunday for a state visit to Austria and move on to Madrid on Tuesday for a three-day state visit to Spain.
Share
Print
List