Curfew on Restaurants, Nightlife Facilities in Greater Seoul to be Eased from July 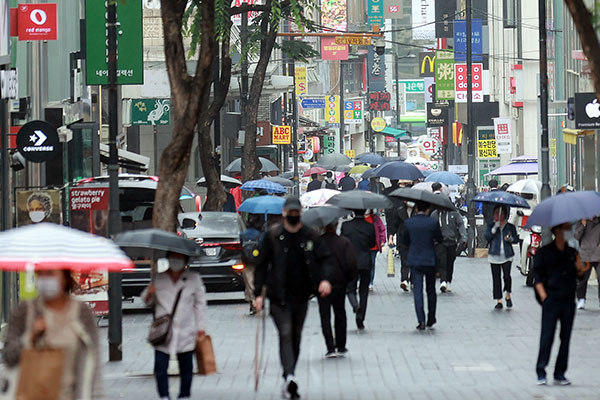 Restaurants, cafes and nightlife facilities in the greater Seoul area will be able to stay open until midnight starting next month.

The Health and Welfare Ministry announced the move on Thursday, explaining a new social distancing scheme that will be introduced in July.

The ministry said that under Level Two in the new system, restaurants, cafes, karaoke businesses and nightlife facilities can operate until 12 a.m. in the greater Seoul area, two hours later than the current curfew of 10 p.m.

The restrictions on business hours of other facilities, including gyms and spas, will be fully lifted.

Currently, the nation operates a five-tier distancing system with Level One, One-point-Five, Two, Two-point-Five and Three.

But the government seeks to implement a four-tier scheme and minimize the imposition of business restrictions. It will unveil details of the new system as early as next week.
Share
Print
List