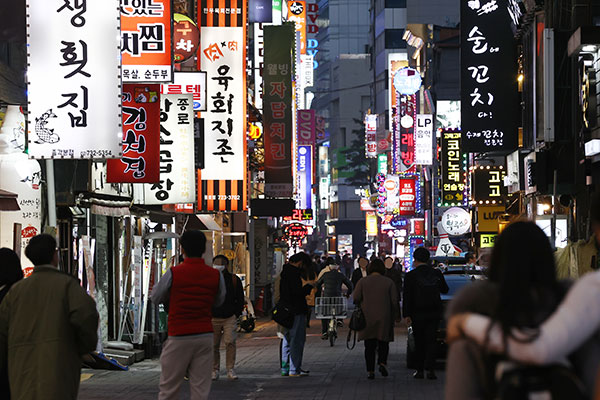 The government announced on Friday that it will extend current social distancing measures, including the ban on gatherings of five or more people, for three more weeks.

Health Minister Kwon Deok-cheol made the announcement during a government meeting on COVID-19.

As reasons for the move, the minister cited that the average number of daily cases has remained in the upper 500s over the past six weeks and the virus reproduction rate has hovered around one for the past four weeks.

The minister said that the greater Seoul area will remain under Level Two, the third highest in the five-tier system, with other parts of the country under Level One-point-Five.

Currently, Jeju Island and the southeastern city of Daegu are also under Level Two.

These restrictions will be in place until July 4.

The minister said the government will ease capacity limits in phases for sporting events, concerts and other cultural activities.