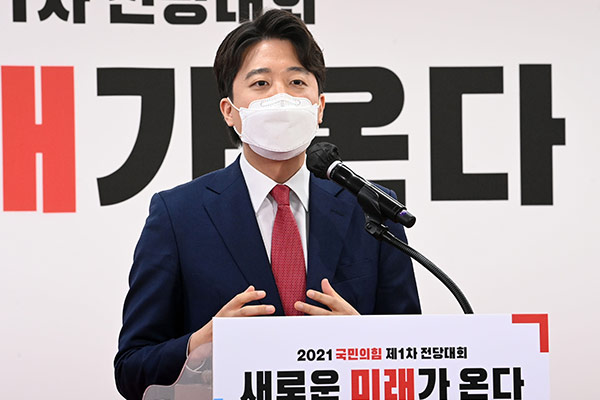 Thirty-six-year-old Lee Jun-seok, who had never been an elected lawmaker, has become the new head of the main opposition People Power Party(PPP).

The PPP announced at its party convention on Friday that Lee garnered 43-point-eight percent of the vote to beat out his main rival, veteran lawmaker Na Kyung-won who had 37-point-one percent of the support.

Lee's win marks the first time in the country’s constitutional history that a candidate in his or her 30s was elected to lead a top-two political party. The reform candidate's victory is viewed as a call for the conservative party to address demands for generational change ahead of the 2022 presidential race.

Lee's term begins immediately and among his tasks will be helming the party's presidential and local election campaigns next year.

He will work with newly elected members of the party's Supreme Council, including Reps. Cho Su-jin and Bae Hyun-jin, as well as former Reps. Kim Jae-won and Jung Mi-kyung.
Share
Print
List