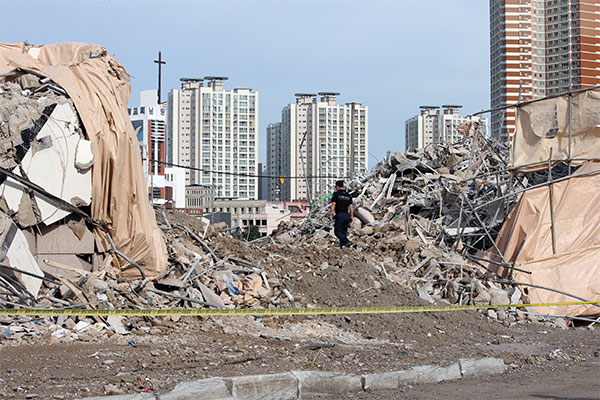 Police have booked four people in their investigation into a building collapse in the southwestern city of Gwangju two days earlier that killed nine people and injured eight others.

According to investigation headquarters on Friday, three workers from two different demolition companies and a supervisor from another company were booked without detention on charges of involuntary manslaughter and injury on the job. Travel bans have also been issued against them.

While HDC Hyundai Development Company, the builder for the project, directly signed an agreement with one of the demolition firms, the second was prepping the demolition when the building collapsed.

Investigators are questioning the three people from the demolition companies about possible sub-tier subcontracting, which is illegal in South Korea.

Investigators, who raided five locations in connection to the case on Thursday, will determine whether those on site failed to follow safety guidelines and if there was supervision during the process.
Share
Print
List