Distancing Rules to be Eased at Sports Stadiums, K-Pop Concerts 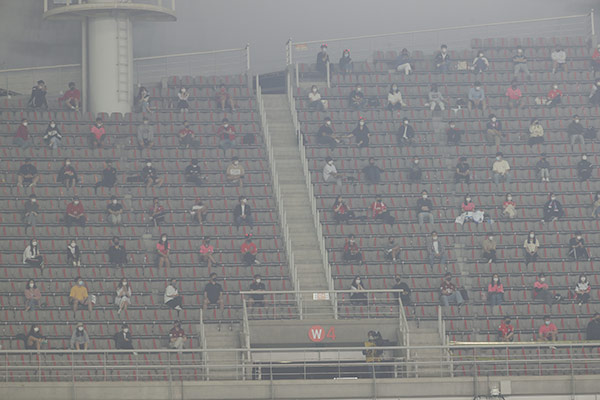 Outdoor sports stadiums will be allowed to increase their audience capacity starting Monday as the government takes steps to introduce a new social distancing system amid an accelerated vaccination program.

According to the Central Disaster and Safety Countermeasures Headquarters on Friday, 30 percent of stadium seats in the capital region and other areas under Level Two can be filled, up from the previous ten percent. Quarantine rules, including wearing masks, will be required to be followed.

Capacity would be lifted to 50 percent from 30 percent in regions under Level One-point-Five.

Popular music concerts, which have been restricted to an audience of less than 100, will be able to have up to four-thousand spectators, so long as everyone wears a mask. Eating is prohibited and the distance between seats will be maintained.

The revision comes as the government announced a three-week extension of current distancing levels and a ban on gatherings of five or more people that will run through July 4. It has decided to ease limits on outdoor stadiums ahead of its July roll-out of a revamped distancing system as they are assessed to be low-risk.
Share
Print
List