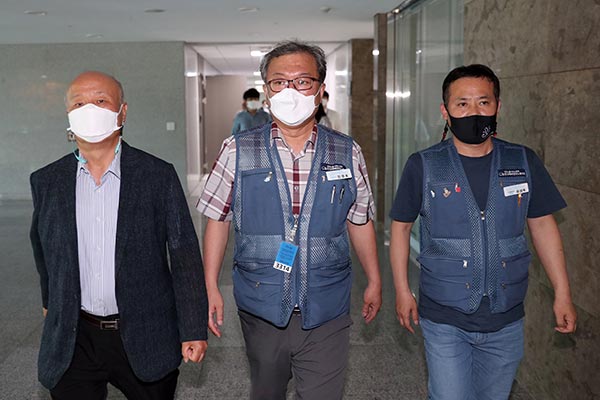 Unionized delivery workers and their employers have reached a tentative agreement on preventing excessive workloads.

A trilateral meeting involving the two sides and the government discussed government-arbitrated measures to prevent delivery workers dying from overwork at the National Assembly on Wednesday. Other parties including consumer groups were also present.

Talks on when to completely exclude workers from the task of sorting parcels and how to preserve their income caused by shorter work hours are known to have concluded, with the union and logistics firms reportedly agreeing to a tentative deal.

However, additional talks will be held related to postal service workers who account for more than half of all unionized couriers. They have yet to narrow differences with Korea Post, including on parcel sorting.