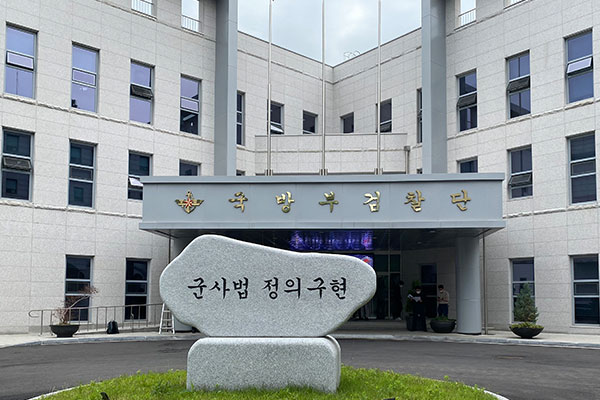 Defense Ministry investigators on Thursday raided the offices of members of the Air Force's 15th Fighter Wing who are accused of leaking information about a noncommissioned officer(NCO) and an alleged sexual assault that she reported before she died in an apparent suicide.

The raid comes after the woman's family filed a complaint over the alleged leak of personal information and her photograph.

Investigators later found that some members of the 15th Fighter Wing, where the victim was reassigned after the alleged assault, had leaked her personal information.

A master sergeant has been charged with forcibly committing an indecent act and inflicting bodily harm after he allegedly groped the NCO in a car on their way back to base in the central city of Seosan after a private gathering in March.

The woman then reported the assault, though her family alleges that her unit pressured her to accept a settlement. She was found dead at her on-base residence on May 22.
Share
Print
List