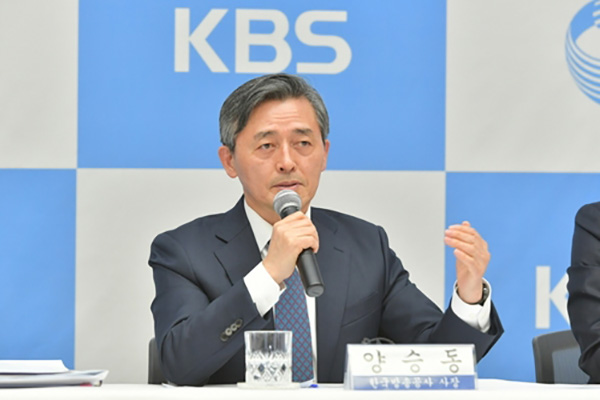 The head of the Korean Broadcasting System(KBS) has pledged to follow through major pledges in the public broadcaster’s latest reform plan, including balanced news coverage and a thorough reporting on national disasters to protect the lives and safety of the public.

His announcement came a day after the broadcaster’s board of directors approved a hike of monthly television license fees per household from the current  two-thousand-500 won to three-thousand-800 won, citing the need to finance these reform plans.

Yang outlined details of the measures, and also addressed questions regarding the timing for the upward adjustment in monthly fees, as many households face a financial crunch as a result of the ongoing COVID-19 pandemic, saying that the move is inevitable.

The KBS chief particularly noted the enhanced role of the public broadcaster in the midst of the pandemic in providing the public with vital information. He also stressed the need to defend public broadcasting values such as impartiality and diversity in the face of growing competition with global commercial media giants.

The network chief also stressed that its latest reforms also reflect public opinions,  and that KBS will seek to improve on its impartiality and the efficiency of its business.

The Korea Communications Commission(KCC) will review plans for raising monthly fees before submitting it to parliament for consideration.
Share
Print
List