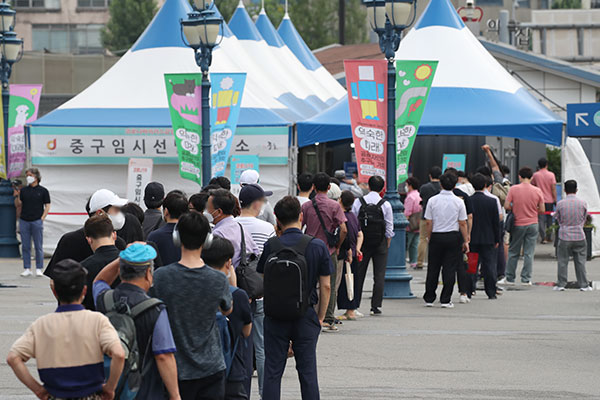 The daily tally steadily fell for four straight days since it hit a record high of one-thousand-614 on Wednesday, but it is hard to say that the nation is seeing a clear slowdown in light of fewer tests over the weekend.

Of the new cases detected throughout Saturday, one-thousand-402 were local transmissions and 52 were from overseas.

By region, the greater metro area accounts for 68-point-four percent of domestic cases including 515 in Seoul and 363 in Gyeonggi Province. Other parts of the nation added 443, or 31-point-six percent of local cases.

Two more deaths have been reported, raising the death toll to two-thousand-57. The fatality rate stands at one-point-16 percent.

The number of critically ill patients has risen by two from the previous day to 187.
Share
Print
List