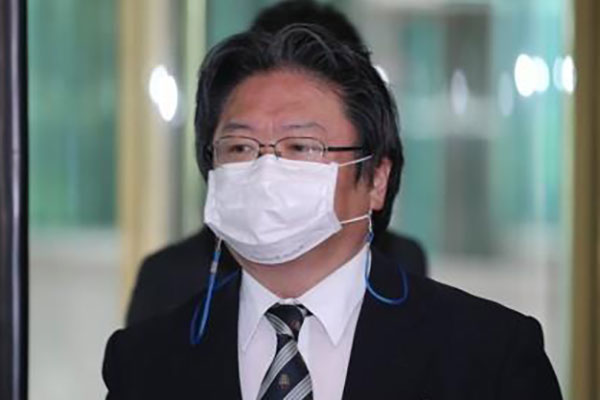 At a press conference on Monday, Kato said the remarks by Hirohisa Soma, the deputy chief of mission, were "very inappropriate" for a diplomat under any circumstance or context.

Amid speculation over Soma's dismissal, the chief cabinet secretary said Amb. Koichi Aiboshi has reprimanded the official and that Foreign Minister Toshimitsu Motegi is expected to make a decision on replacing Soma in consideration of his term of duty.

Japanese daily Yomiuri Shimbun earlier reported that Tokyo will likely dismiss Soma in line with President Moon's possible visit to Japan around the opening of the Tokyo Olympics on Friday.

Asked about the controversial remarks impacting the bilateral summit, Kato said if Moon does visit Japan, Tokyo plans to diplomatically respond in a serious manner, but that no decision has been made.
Share
Print
List