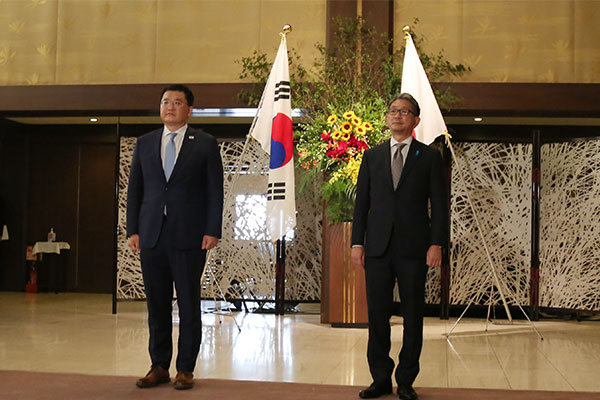 The vice foreign ministers of South Korea and Japan held talks on Tuesday in Tokyo, a day after it was announced South Korean President Moon Jae-in decided not to visit for the Olympics.

The talks, which lasted for about 90 minutes, saw a war of nerves between the two sides over a senior Japanese diplomat's controversial remarks about President Moon and other pending issues.

Hirohisa Soma, deputy chief of mission at the Japanese Embassy in Seoul, recently made an offensive sexual comment about Moon's efforts to improve bilateral ties.

The ministry said that the two sides, however, agreed to continue efforts to resolve pending issues, based on the outcome of working-level talks that have been under way to achieve a summit between the leaders of the two nations.
Share
Print
List