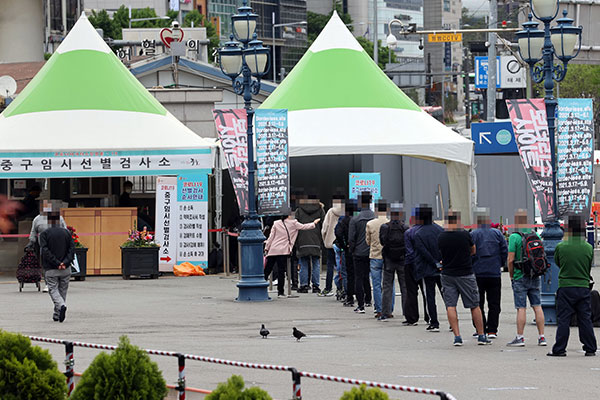 South Korea reported a new daily record of one-thousand-784 COVID-19 cases on Wednesday, marking the highest tally since the outbreak of the pandemic in the country.

The Korea Disease Control and Prevention Agency(KDCA) said on Wednesday that the new infections compiled throughout the previous day raised the country's cumulative caseload to 182-thousand-265.

Of the new cases, one-thousand-726 were local transmissions and 58 were from overseas.

The daily figure soared by over 500 from the previous day to post the largest number since the nation reported its first confirmed case on January 20 of last year.

The nation reported a fresh record high after one week, replacing the previous record of one-thousand-614 reported last Wednesday.

By region, the greater metro area accounted for 68-point-one percent of local infections. The average daily figure reached around one-thousand for the past week.

Other parts of the nation added 551 cases or 31-point-nine percent of local cases. The ratio stayed above 30 percent for the fourth straight day.

One more death has been reported, raising the total to two-thousand-60. The COVID-19 fatality rate for the nation stands at one-point-13 percent.