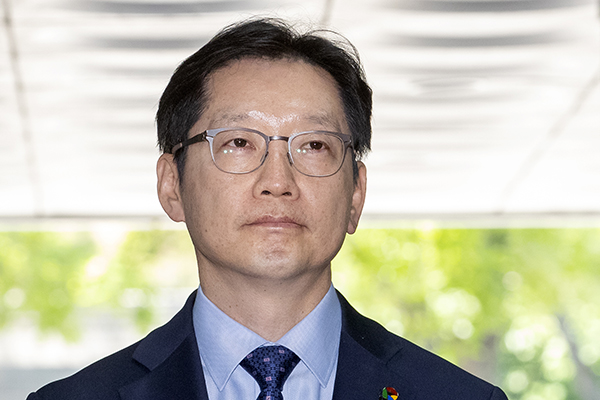 The Supreme Court has sentenced South Gyeongsang Gov. Kim Kyoung-soo to two years in prison for colluding to manipulate online opinions and assist President Moon Jae-in in the polls ahead of the 2017 presidential election.

The governor was indicted in August 2018 for conspiring with a political blogger known as "Druking" to artificially jack up the number of "likes" on political comments online to benefit Moon in the presidential poll.

The Supreme Court did not accept the governor's claim that he was not aware of the existence of "King Crab," an online rigging program that was used for the cyber operation.

The court, however, acquitted him of the lower court's conviction in connection with the secret offer of a consul general post in Sendai, Japan, for an associate of the blogger.