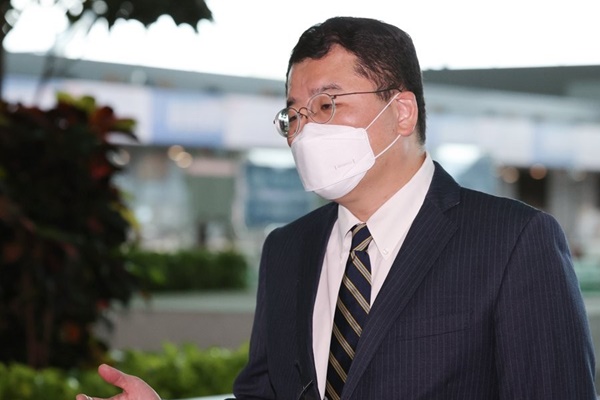 First Vice Foreign Minister Choi Jong-kun said Seoul, Washington and Tokyo are on the same page regarding the direction of diplomacy on the peace process involving North Korea's denuclearization.

Following a trilateral meeting with his counterparts in Tokyo on Wednesday, Choi emphasized the importance of their strategic coordination in what he called the "long game" of denuclearization on the Korean Peninsula.

Assessing that the trilateral coordination is believed to have sent a clear message to North Korea, U.S. Deputy Secretary of State Wendy Sherman said Washington hopes for a positive response on dialogue.

The already strained relationship was aggravated following reports that a senior official at the Japanese Embassy in Seoul made disparaging and vulgar remarks about President Moon's efforts to improve bilateral ties.
Share
Print
List