Gov’t to Announce Distancing Level for Metro Area This Weekend 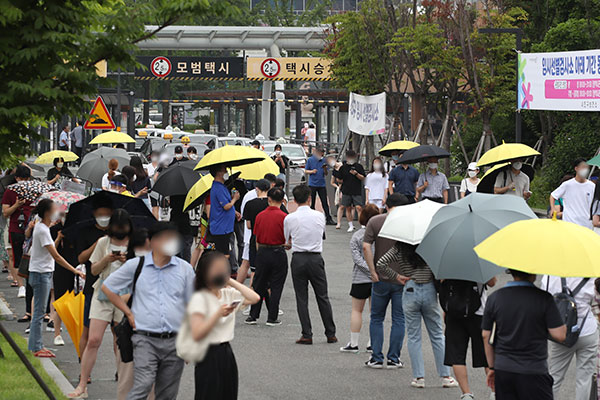 The government will decide this weekend whether to change or maintain the current Level Four distancing in the capital area, which expires on Sunday.

In a Wednesday briefing, Lee Ki-il, a senior Health Ministry official, said next week’s level will be determined at the end of this week after monitoring case numbers and other indicators such as movement and the virus reproduction rate.

Lee hinted at stronger restrictions on private gatherings past 6 p.m. in noncapital areas by saying that various options are on the table. Currently, gatherings of up to four people are allowed nationwide. For the Seoul area, only two people can meet up together after 6 p.m.

The government will confer with experts later Wednesday on adjusting distancing rules and also meet with local authorities before making an announcement no later than Sunday.

The ministry official said the toughest distancing curbs have yet to show effect, as the country broke yet another record with nearly 18-hundred new cases reported on Wednesday.

Lee said that infections from the Cheonghae naval unit will be added to Thursday's tally and case numbers may go down by Friday or Saturday.
Share
Print
List