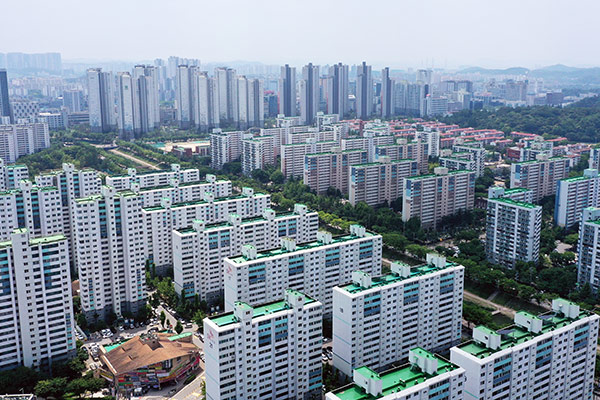 The renewal rate for housing rental contracts in major areas in Seoul has spiked since the enforcement of new laws aimed at protecting the residential stability of tenants and to enhance transparency in the rental market.

According to the Land Ministry on Wednesday, the renewal rate among 100 complexes surveyed in Seoul's 25 districts was an average 77-point-seven percent, up from 57-point-two percent prior to the law enforcement a year earlier.

Renewal was above 80 percent in the districts of Gangdong, Seodaemun and Seocho, followed by Eunpyeong, Jungrang and Songpa, which were all above 78 percent.

Under the new laws, a tenant can request a one-time two-year extension on their contract, with a five-percent cap on the rent increase.