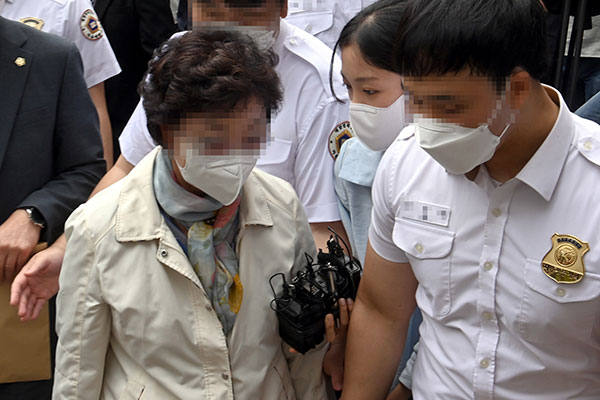 The mother-in-law of former Prosecutor-General Yoon Seok-youl has filed a criminal complaint with the Seocho Police Station in Seoul against her former business partner on charges of libel and false accusation.

Lee Choong-yun, legal counsel for the woman surnamed Choi, said in a statement Wednesday that the latest move concerns Jeong Dae-taek's false claims that have already been acknowledged through his eleven convictions in the past 14 years.

The attorney said that Jeong has viciously spread false information about Choi and her family through the media and YouTube since 2019.

Lee asked investigators to sternly punish Jeong for tormenting his former partner with  numerous lies for 18 years after failing to coerce Choi into making a substantial investment, with empty promises of high returns in 2003.

Choi and Jeong have been embroiled in a legal battle over splitting a five-point-three billion won investment return gained from the takeover of a sports center in Seoul's Songpa district in 2003.

Choi filed charges against Jeong who received a two-year jail sentence, confirmed by the Supreme Court in 2006.
Share
Print
List