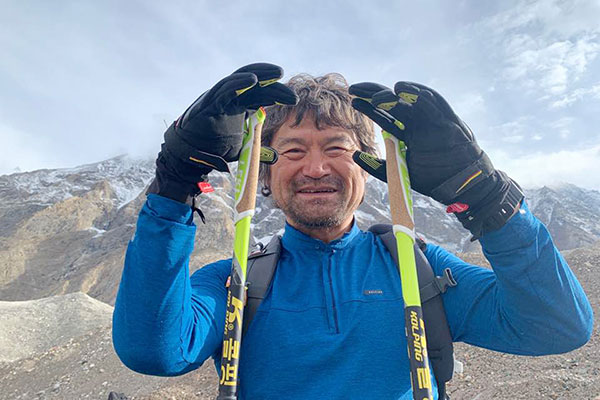 Rescue authorities have detected the location of a satellite phone presumed to have been used by a South Korean mountaineer, who went missing early this week after successfully scaling the last of the 14 highest peaks in the world.

According to a search and rescue committee set up by the Gwangju Metropolitan Government on Wednesday, the satellite phone's location was detected at an altitude of seven-thousand meters on the Broad Peak in the Karakoram range that spans the borders of Pakistan and China.

Kim Hong-bin, who reached the summit of the peak on Sunday, local time, went missing on Monday during his descent. He sent a distress signal using the phone before his disappearance.

The spot is an ice wall, located around 900 meters below where Kim allegedly went missing.

An official with the rescue committee said it was not yet confirmed whether Kim was in the same location, adding that it has not been able to contact the missing mountaineer by the satellite phone. The search and rescue mission will expand the search using the identified spot as a focal point, the official said.

A Pakistani military helicopter was reportedly on standby for a rescue mission at the request of the South Korean Foreign Ministry but has yet to take off due to bad weather conditions in the site. A group of rescuers was also known to have yet to leave the base camp.

Kim, who lost all his fingers to frostbite during his climb of Denali in 1991, is the first disabled person in the world to scale the 14 highest peaks.
Share
Print
List