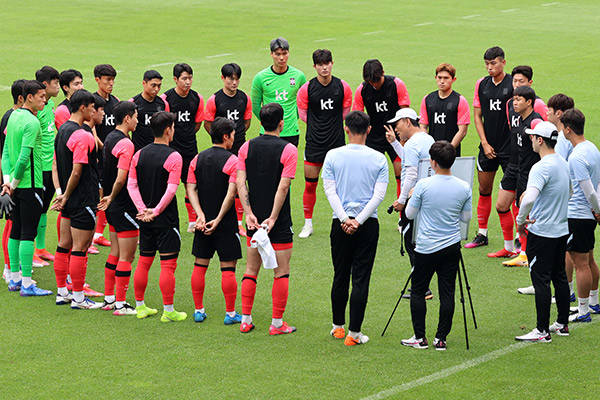 The South Korean men’s football team will be the first to represent the country during the Tokyo Olympics as they are set to play New Zealand in a group match on Thursday afternoon.

The Group B opener will be held at the Ibaraki Kashima Stadium in Ibaraki Prefecture at 5 p.m. The match, held a day prior to the opening of the 2020 Tokyo Games, is the first official Olympic competition for South Korean athletes.

South Korea has won all three previous matches against New Zealand at the U-23 level, winning 2-1 in the last meeting in July 2012 just before the London Olympics.

This is South Korea’s ninth consecutive Olympics berth. Led by coach Kim Hak-bum, Team Korea aims to beat its previous bronze medal at the London Games, which is its best performance to date.