US Deputy Secretary of State to Launch Official Schedule in S. Korea 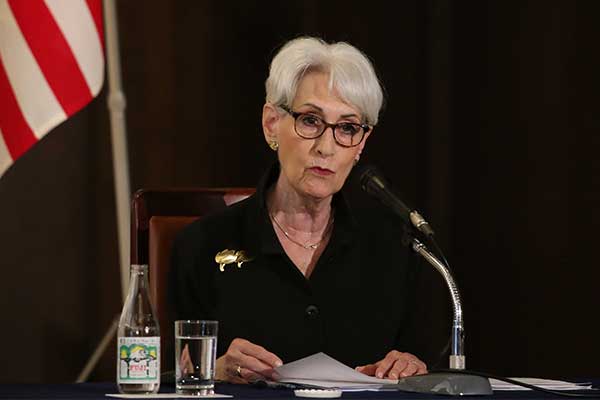 U.S. Deputy Secretary of State Wendy Sherman is to launch her official itinerary in South Korea on Thursday with a meeting with Foreign Minister Chung Eui-yong.

During the talks with Chung at the Foreign Ministry in Seoul on Thursday morning, Sherman is likely to share the Joe Biden administration’s policy direction on the South Korea-U.S. alliance, Korean Peninsula issues and global issues such as climate change and COVID-19.

On Friday, she will sit down with Choi for the ninth South Korea-U.S. Vice Foreign Ministerial Strategic Dialogue, where they are expected to review the progress made on agreements reached during the bilateral summit in May and potentially North Korean denuclearization.

It is possible Sherman could ask South Korea to join U.S. efforts to rally allies against China, which has been added to the deputy secretary’s itinerary following her visit to Mongolia.
Share
Print
List