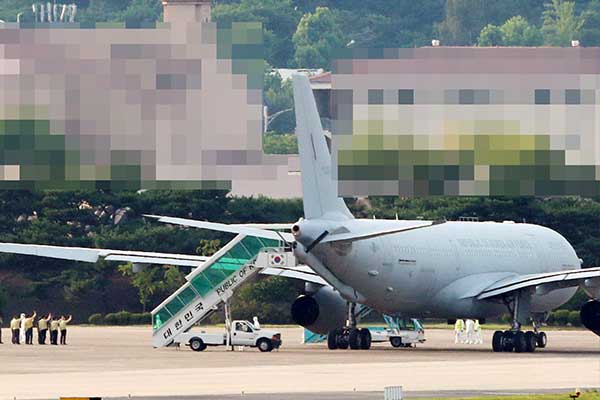 The Defense Ministry on Thursday launched a probe into the COVID-19 outbreak onboard a destroyer carrying the Cheonghae anti-piracy unit off the coast of Africa, which infected 90 percent of its crew of 301 sailors.

According to the ministry's audit office, a ten-member team will conduct the inquiry until August 6, which will look into the Joint Chiefs of Staff, the Navy, the Armed Forces Medical Command and the Cheonghae Unit and their responses to the outbreak.

The inspection will focus on preparations before the unit's 34th contingent shipped out in February, the initial response to the outbreak and general onboard quarantine management.

The military has come under fire as none of the unit members had been vaccinated prior to their departure.

The team is also expected to review records and question crew members as part of its efforts to pinpoint how the virus first came onboard.

The ministry plans to take punitive action against those found responsible for failing to prevent the outbreak.
Share
Print
List