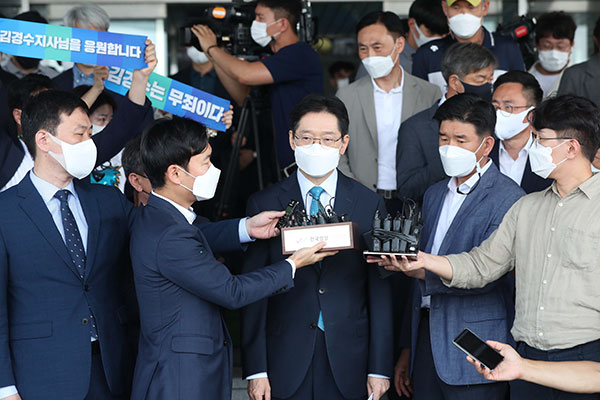 Rival political parties continued to lock horns on Thursday over the conviction of South Gyeongsang Gov. Kim Kyoung-soo for an online opinion-rigging scheme ahead of the 2017 presidential election.

The ruling Democratic Party(DP), which earlier said it cannot accept the court's decision, despite respecting it, expressed its regret once again.

DP floor leader Yun Ho-jung stressed that the scandal surrounding Kim is a far cry from the opinion-rigging orchestrated by the state spy agency ahead of the 2012 presidential race.

Potential DP presidential contender Kim Du-kwan placed blame on other contender Choo Mi-ae for seeking a police investigation into alleged opinion-rigging on the Naver portal site as then-DP leader in 2018.

The main opposition People Power Party(PPP), on the other hand, called the scandal election-rigging, which regressed democracy, and urged President Moon Jae-in to apologize and explain how his camp distorted public opinion.