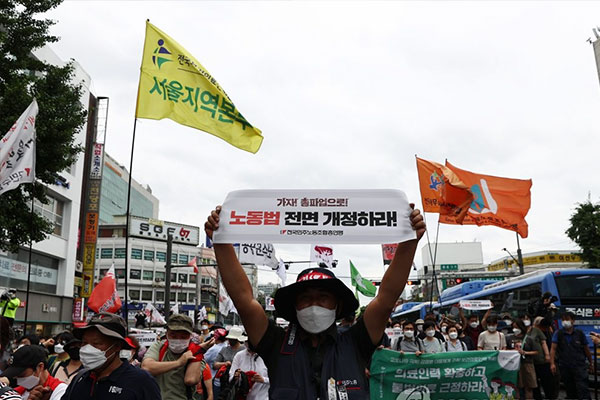 Police in Gangwon Province have vowed a stern response in accordance with law to a large rally scheduled Friday by an umbrella labor group in the city of Wonju.

The Gangwon Provincial Police Agency will completely block the event as Wonju City on Thursday raised its social distancing to Level Three and decided to allow only one-person protests.

People who violate the ban and hold illegal rallies will be treated as though they are committing a grave crime against public order. In particular, those engaged in illegal or violent acts such as interfering in the execution of public duties will be arrested on the spot.

The KCTU filed a notice that 99 protesters each will gather at eight different venues in Wonju this Friday, but following a municipal administrative order, rallies are not allowed at those locations.
Share
Print
List