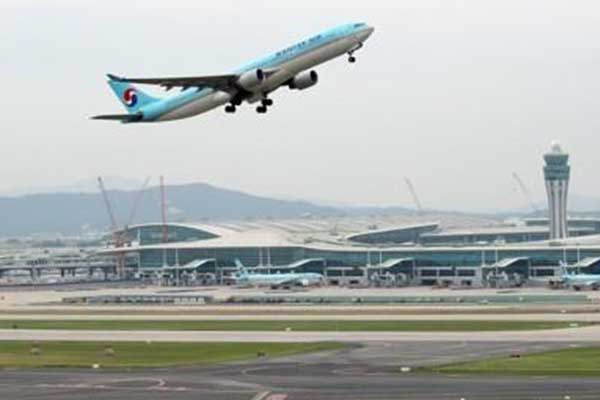 An average of close to 12-hundred aircraft a day flew through South Korean airspace between January and June, indicating a recovery in the travel sector led by domestic flights.

According to the Transport Ministry's tally on air traffic in the year's first half, the volume is down five percent on-year at 217-thousand planes, but is up 12 percent compared to the second half of 2020.

Of this total, international flights, which include those passing through to foreign destinations, decreased more than 28 percent on-year to 93-thousand in the first six months. In contrast, domestic flights jumped nearly 26 percent to 124-thousand.

International air traffic plummeted amid the pandemic but the figure has been slowly rising since March while domestic flights posted sharp gains from February and have now recovered to pre-pandemic levels.
Share
Print
List